As more solar power is being generated and utilized than ever before, managing its growth requires an understanding of the factors driving that growth.

A professor, a graduate student and a post-doctoral researcher from the Min H. Kao Department of Electrical Engineering and Computer Science are collaborating on an interdisciplinary team at UT to research the residential adoption and use of solar panels.

“This new, convergent, and unique project is designed to investigate the characteristics of American residents who have installed solar panels on the roofs of their homes, and to investigate why they did so,” said Chien-fei Chen, environmental sociologist, Research Associate Professor and Director of Education and Diversity for the Center for Ultra-Wide-Area Resilient Electric Energy Transmission Networks (CURENT). “This joint project investigation could be enormously useful for managing the evolving US power grid and understanding the barriers to greater use of renewable resources.”

More importantly, this project will help policymakers in better understanding the relationship between solar deployment, and its socioeconomic factors, and its social psychological influences. 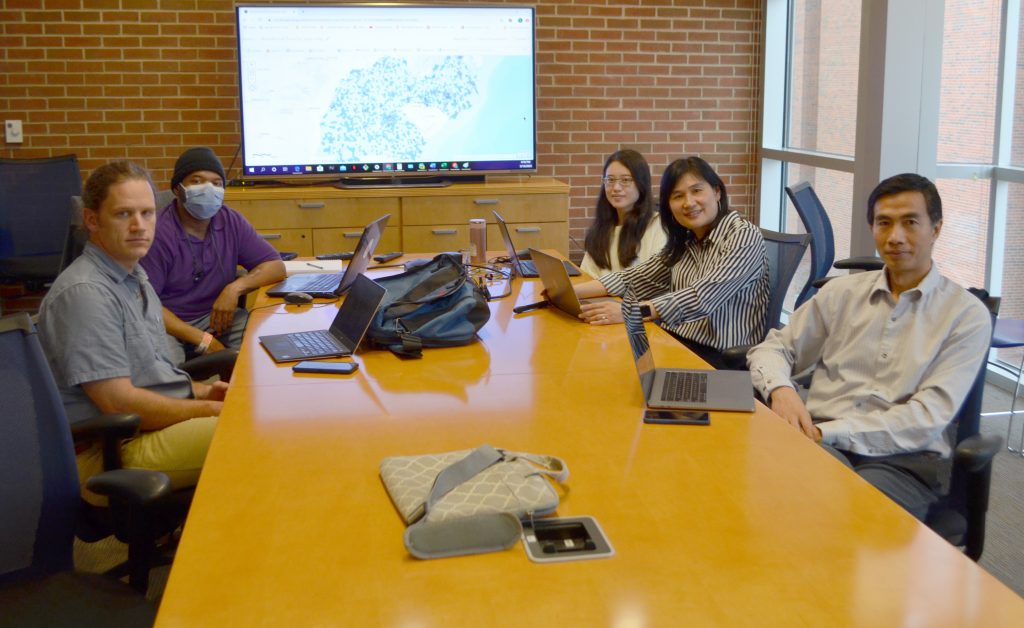 In addition to Chen, the team includes Xiaojing Xu, social psychologist and post-doctoral researcher in CURENT and computer science master’s student Gerald Jones. Charles Sims, Associate Professor in the Department of Economics and the Howard Baker Center for Public Policy is the Principal Investigator for the project.

Rounding out the team is Xueping Li, Professor of Industrial and Systems Engineering, Director of the Ideation Laboratory (iLab), and co-Director of the Health Innovation Technology and Simulation (HITS) Lab in the UT College of Nursing. This project is funded by the Tennessee Valley Authority, the National Science Foundation and the Alfred P. Sloan Foundation.

“Our project provides an important framework for researchers who are interested in integrating social science and engineering methodology,” said Chen.

This research investigates how multiple factors from the aforementioned dimensions- socio-demographics, environmentally friendly behaviors, and policy and economic incentives- influence residential solar adoption in the coverage areas of the electric utility provider the Tennessee Valley Authority, and across the United States.

In the first phase of the project, the team used satellite data from DeepSolar, a data set provided by Stanford University, to identify solar installations across the US. Then, they performed regionally specific spatial analysis using maps from ArcGIS, a platform for organizations to create, manage, share, and analyze spatial data. 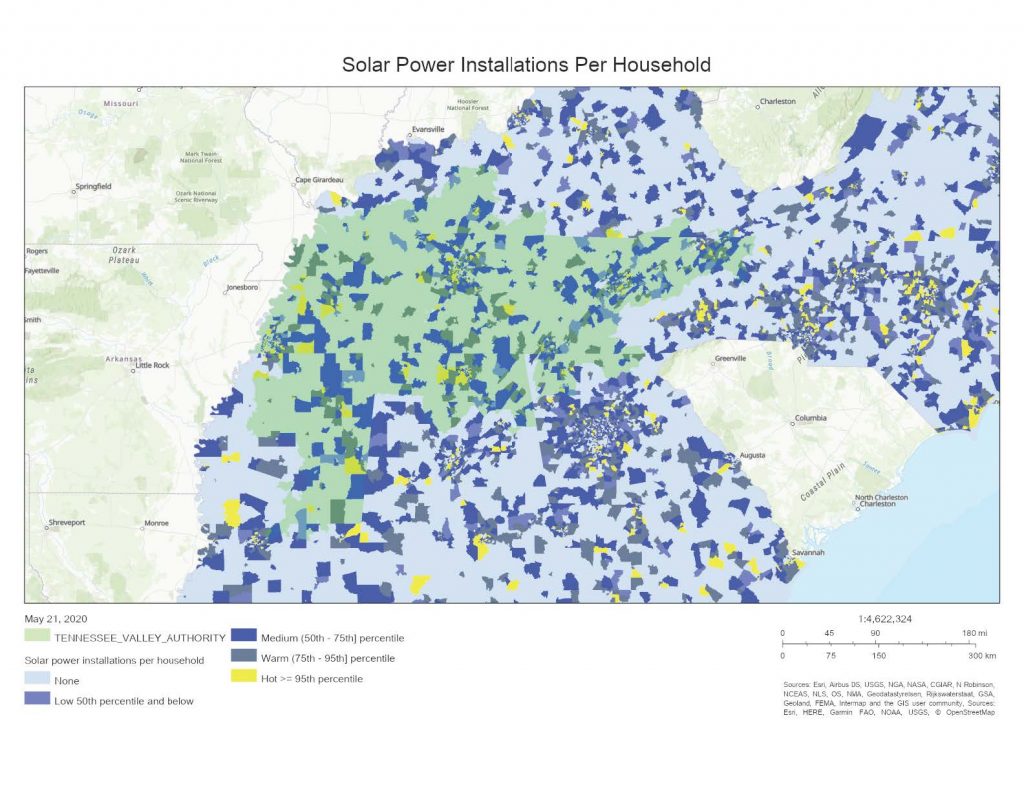 With the DeepSolar satellite data, they were able to determine various metrics at the census tract level, including the number of solar installations per household and total area of installations. This analysis helped reveal where areas of high solar adoption have occurred, and work was done to find what makes them unique and why these “hot spots” of adoption occur. Then they expanded this analysis to eventually include 14 states across the country.

The analysis they conducted helped them to find those features that were useful in modeling and predicting different types of solar adoption along with explaining the “whys” of solar adoption.

They compared the results of their statistical, sociological approach to a program called Random Forest, a machine learning tool for predictive, descriptive, and feature importance quantification. Random Forest has tools that help illuminate what features of a census tract most significantly contribute to the adoption of residential rooftop solar power generation and are used to back each other up.

In phase two of the project, the team performed a local community solar survey in order to uncover the factors influencing potential rooftop solar adoption by surveying 2,300 Tennessee residents in the TVA utility service coverage area.

Survey participants were asked whether they had any previous experience with rooftop solar and were also asked to identify the barriers to adoption (financial, physical feasibility, maintenance concerns, or simply have not considered it). Factors such as trust in the utility provider, privacy concerns, satisfaction with electricity price, and interest in other energy-saving programs were also measured.

The team will analyze the relationship between the social, economic, and demographic factors and solar adoption intention. More importantly, a discrete choice experiment was conducted where the participants were asked to choose from different combinations of financial savings and carbon-emission reductions.

The choices are being used to develop a decision-making curve from which the researchers could estimate the overall probability of adopting rooftop solar systems in a given condition by the general public.