History of the Department

Though EECS is relatively new, the long-established departments from which it was created have given it a rich heritage that can be traced back more than 120 years. 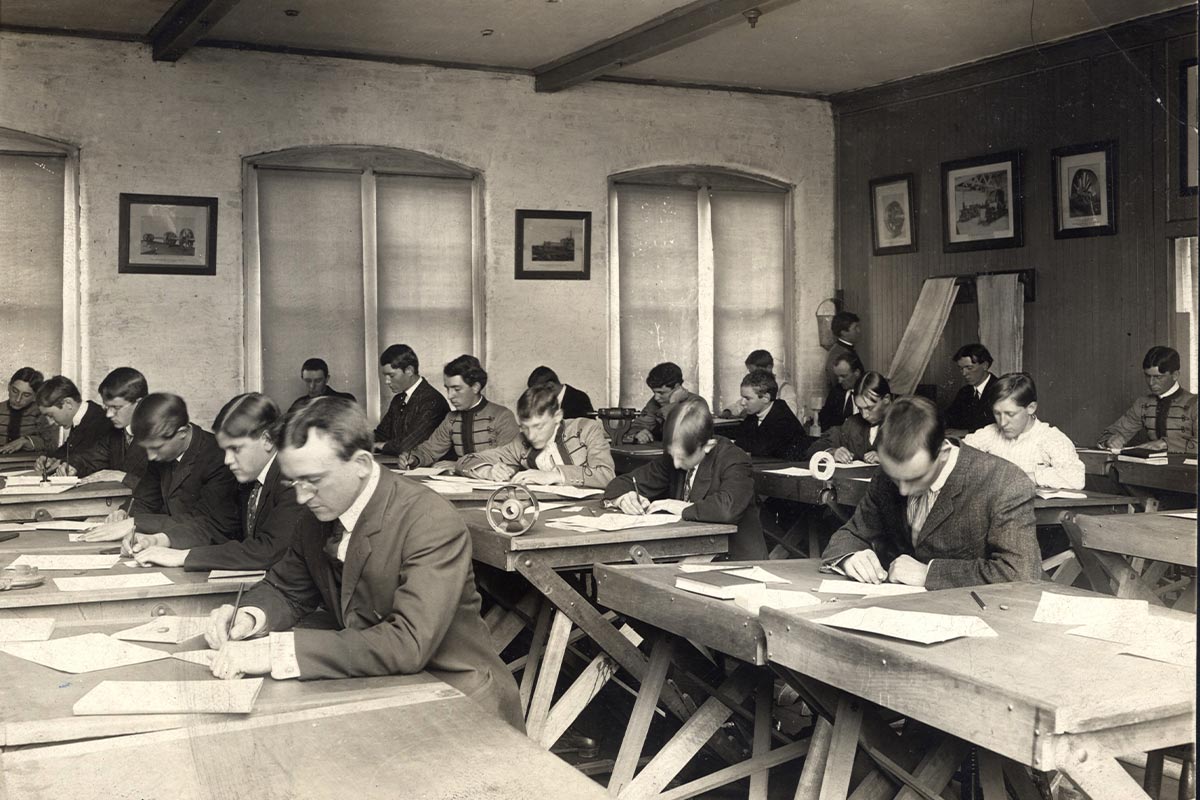 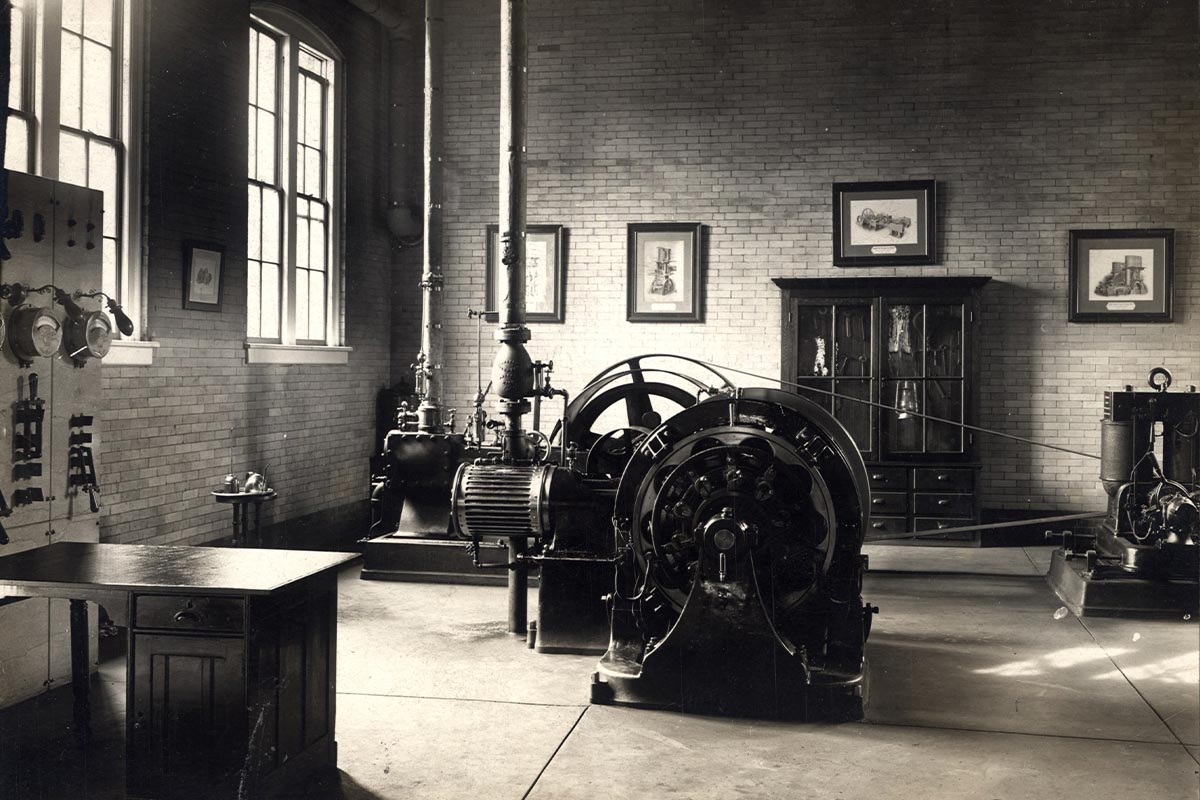 By 1896, the program was gaining steam with 85 students pursuing electrical engineering degrees. The influx of students and the addition of new equipment expanded the university’s electrical laboratory to its limits in Science Hall. The addition of Estabrook Hall to campus in 1899 made room for a new power plant in addition to experimental labs.

In 1942, the United States’ entrance into World War II caused a significant drop in the number of students studying electrical engineering at UT. During the early years of the war, the department was instrumental in training members of the US Army Air Corps. Following the war, enrollment skyrocketed with veterans returning to earn degrees under the GI Bill. More than 300 undergraduates were enrolled in electrical engineering courses by 1947.

In the 1950s computers began appearing on college and university campuses across the country. Computers became a vital tool in research, speeding up the process of calculating complex equations and streamlining the storage of vast amounts of data. 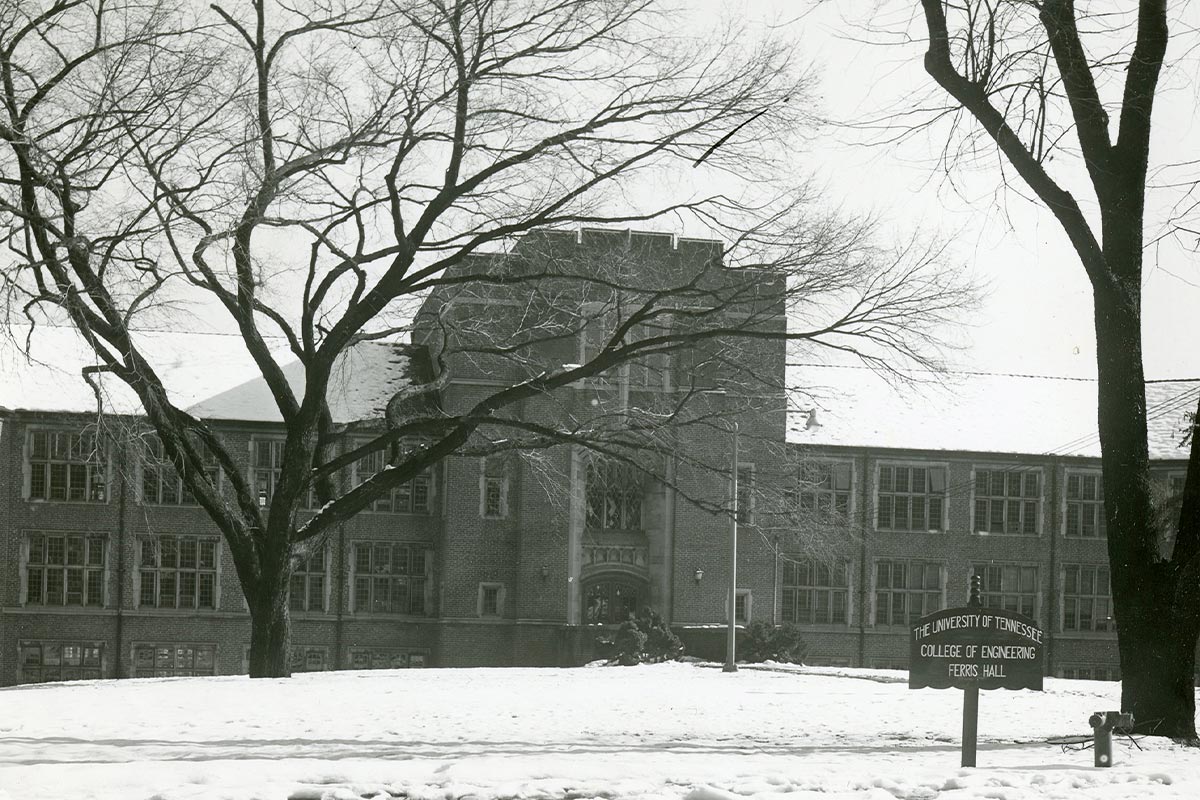 Electrical engineering faculty members were at the forefront of the university’s new interest in computing science. In 1958, Department Head Paul Cromwell found a way to bring the first digital computer to campus—a Librascope General Purpose 30-bit.

As computers became more prevalent, demand for computer science courses increased. At the time, however, computer science was still considered a field under electrical engineering and mathematics. Courses in programming and numerical methods were offered by the Department of Mathematics, while courses on computers continued to be taught through electrical engineering.

In 1972, the Department of Computer Science was created to offer a master’s degree within the College of Liberal Arts. Approximately 150 students enrolled in the program that fall. In 1974, the Tennessee Higher Educational Commission approved a proposal for an undergraduate degree program to be added to the department, a Bachelor of Arts in Computer Science. The same year, Robert Gregory became the first department head for computer science.

During the late 1980s, UT’s Computer Science department gained national recognition in networking and supercomputing. In 1986-87, the first PhD program in computer science was offered. Professor Michael Thomason directed the first PhD that was awarded to Robert England in 1989.

Throughout the next two decades, computer science moved into the top ranks of UT’s departments in contract and grant funding per full-time equivalent faculty, earning two multi-year NSF Infrastructure Grants to support its work in parallel computation on multiple processors and grids of shared resources.

On July 1, 2007, computer science officially merged with electrical and computer engineering to form the Department of Electrical Engineering and Computer Science. 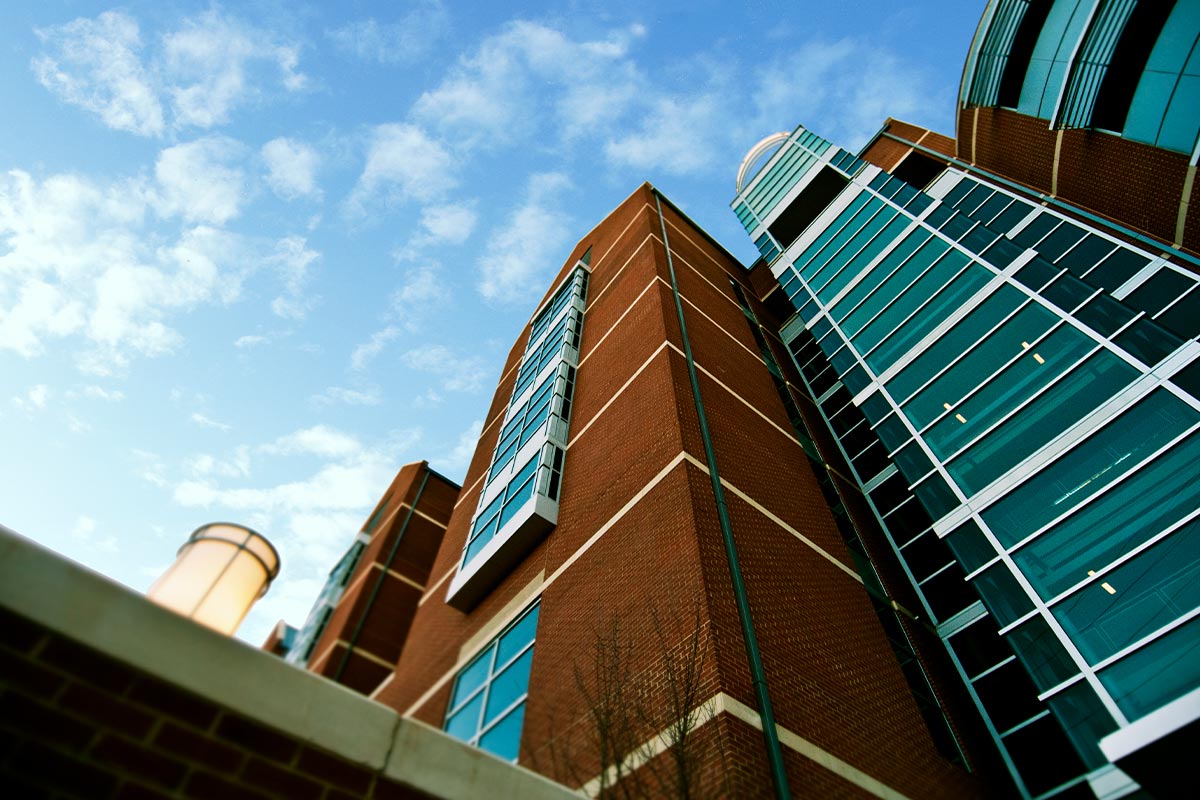 In May 2007, construction began on a six-floor, 150,000-square-foot building to house the newly merged department. This building was made possible through a generous gift from distinguished alumnus Min H. Kao, CEO and chairman of Garmin International. The department moved in during the fall of 2011, and on March 13, 2012, Min Kao and his family helped mark the building’s grand opening.

In 2018, the department officially adopted Min H. Kao’s name—the first department at UT to be so honored.