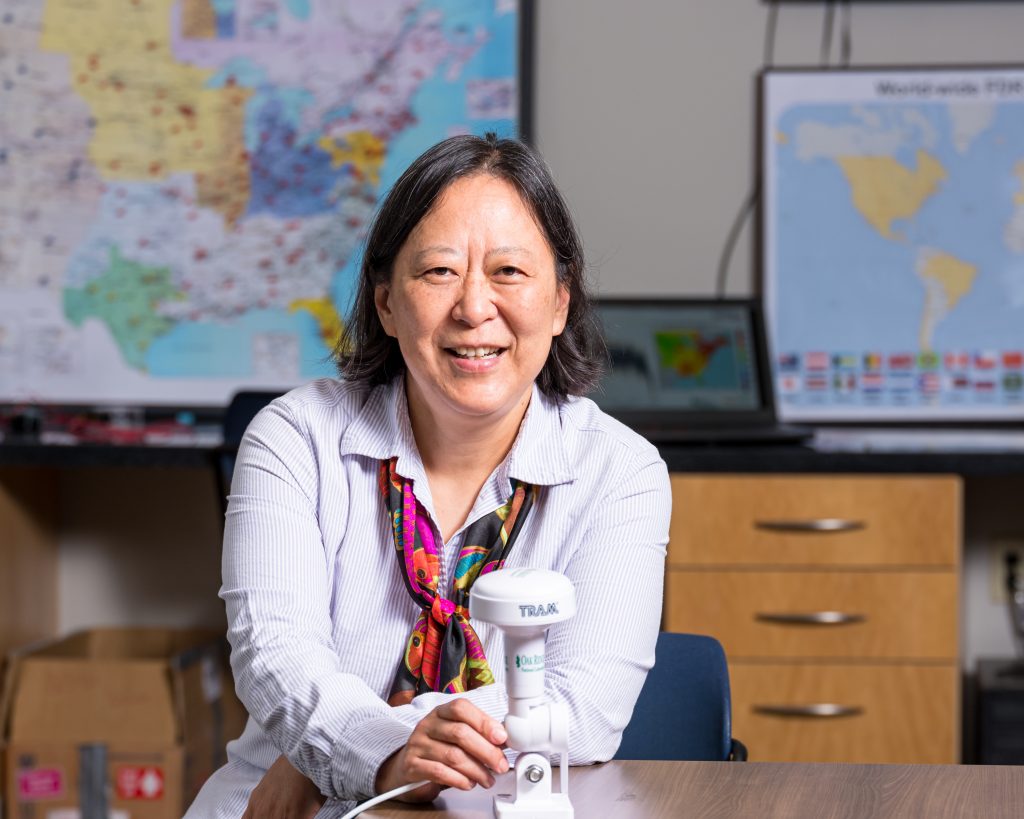 Since 1963, the R&D 100 Awards have represented the “Oscars of engineering,” a high-profile recognition for innovative researchers generating impactful technology around the world.

“Low cost, low-voltage side monitoring devices were the key to achieving wide coverage,” said Liu, who is also the deputy director of CURENT. “We were the first grid monitoring project to realize the value of using low-voltage instruments.”

Businesses, schools, hospitals, and homes all rely on the stable, predictable flow of energy along the electrical grid. Disruptions in the grid, like when a generator is struck by lightning, force other parts of the grid to work harder to bring electricity to consumers. This can cause equipment to overload and go offline, sometimes leading to a blackout.

Previously, power grids were only monitored at substations—places where high voltage gets turned into power household appliances can use—by instruments that require expensive, high voltage installations and report the state of a grid 60 times per second at most.

GridEye is composed of more than 300 innovative Frequency Disturbance Recorders (FDRs), devices that can each check the grid 1,440 times per second while running on a household outlet.

“These are high-precision, plug-and-play sensors,” Liu said, explaining they can also gather precise readings in places that have historically been unmonitored.

The highly sensitive FDRs establish a baseline state of the grid, then detect minute changes in real time and use GPS time stamps to almost instantly estimate the source causing these changes. GridEye then emails the event location and power change data to power companies and researchers, alerting stakeholders of issues before they lead to major problems.

As an independent project, GridEye is the first grid-monitoring system that provides information to power companies about grid disruptions outside their service areas.

“Power grids are connected between companies,” Liu said. “Outside events can affect operations for multiple groups.”

GridEye readings are also available to federal agencies like the DoE, FERC, and researchers at other US universities.