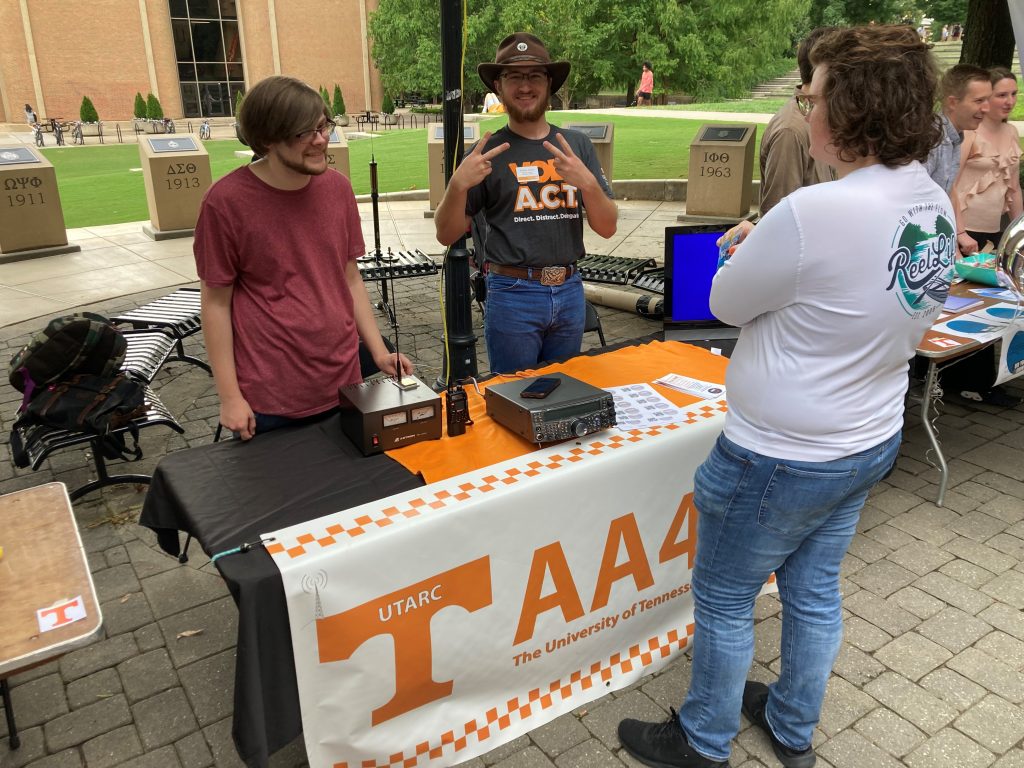 UTARC’s booth focused on the club’s Amateur Television (ATV) and Slow Scan TV (SSTV) broadcasting capabilities and featured the club’s Kenwood TS-2000 radio, tuned to local HAM radio and a club member broadcasting single frame images to be decoded. The club showed off its high-powered antenna, located on top of Neyland Stadium, which was visible from the booth. UTARC also promoted its upcoming plans for the semester.

Club advisor Bobbie Williams said, “We have a great semester laid out, with some major projects including Engineers Day, Scout Fest in Blaine, the American Radio Relay League (ARRL) School Club Roundup in October, and a major balloon launch in November, as well as an engineering outreach STEM program for Alcoa Middle School. We have also been very busy this summer with the National Order of the Arrow Boy Scout conference last month, a club-sponsored a lab during the PiPES event, as well as several tours of the station.”

UTARC members will discuss upcoming events and projects at its next meeting, on Thursday, September 8 at 7:00pm in the Min H. Kao building, room 634.