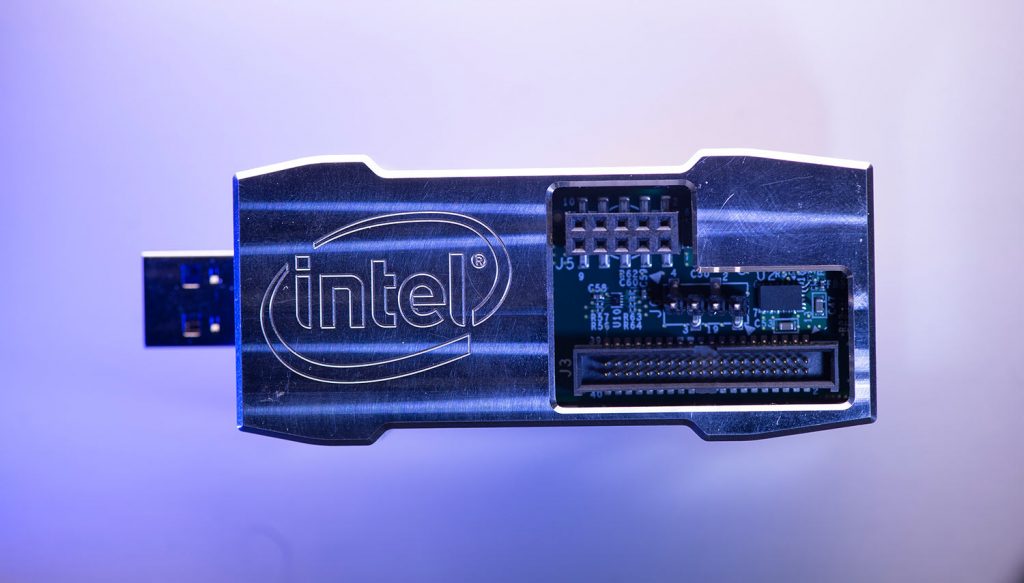 The Neuromorphic Computing team in the Min H. Kao Department of Electrical Engineering and Computer Science has been selected as one of 13 universities working with Intel on their neuromorphic computing platform, Loihi.  Key faculty involved include Jim Plank and Garrett Rose. This work is also in collaboration with EECS alumna Catherine Schuman at ORNL.

On December 6, 2018, Intel named academic, government and corporate research groups participating in its Intel Neuromorphic Research Community (INRC) and discussed research progress from the inaugural INRC symposium held in October. The goal of the INRC is to tackle the challenges facing the adoption of neuromorphic architectures for mainstream computing applications. INRC members will use Intel’s Loihi research chip as the architectural focal point for research and development. Intel hopes the findings of this community will drive future improvement of neuromorphic architectures, software and systems, eventually leading to the commercialization of this promising technology.

Fifty projects have been selected to participate in the INRC. Engaged INRC members will receive access to Intel’s Loihi neuromorphic research chip and software, and are invited to participate in technical symposiums where progress, results and insights will be shared among the community. INRC-supported workshops will offer members an opportunity to learn to develop for Loihi in extended hands-on tutorial sessions and hackathons hosted by Intel Labs researchers and collaborators.

Among the 50 selected projects, teams from 13 universities were selected to receive funding to pursue their research plans. These teams come from a wide range of academic institutions around the world, and include the University of Tennessee’s Min H. Kao Department of Electrical Engineering and Computer Science.

What Is Neuromorphic Computing?

Neuromorphic computing entails nothing less than a bottom-up rethinking of computer architecture. By applying the latest insights from neuroscience, the goal is to create chips that function less like a classical computer and more like a human brain. Neuromorphic chips model how the brain’s neurons communicate and learn, using spikes and plastic synapses that can be modulated based on the timing of events. These chips are designed to self-organize and make decisions in response to learned patterns and associations.

The goal is that one day neuromorphic chips may be able to learn as fast and efficiently as the brain, which still far outperforms today’s most powerful computers. Neuromorphic computing could lead to big advancements in robotics, smart city infrastructure and other applications that require continuous learning and adaptation to evolving, real-world data.

Intel has released early versions of its software development kit for Loihi, named Nx SDK, to engaged INRC members. Researchers may remotely log in to Intel’s neuromorphic cloud service to access Loihi hardware and Nx SDK to develop their algorithms, software and applications. Additionally, Intel has supported Applied Brain Research to port its Nengo software framework to work with Loihi. Nengo is freely available today for research use.

Loihi hardware has been made available to select INRC members for research in domains such as robotics that require direct access to hardware. These systems include a USB form factor code-named “Kapoho Bay.” In addition to providing a USB interface to Loihi, Kapoho Bay offers an event-driven hardware interface to the DAVIS 240C DVS silicon retina camera available from iniVation*, among other peripherals.

Next year, Intel and INRC members expect to contribute much of the enabling software and research results to the public domain in the form of publications and open source software. INRC membership is expected to steadily grow, and as the foundational algorithms and SDK components mature, Intel foresees an increasing project focus on real-world applications, ultimately leading to the commercialization of neuromorphic technology.