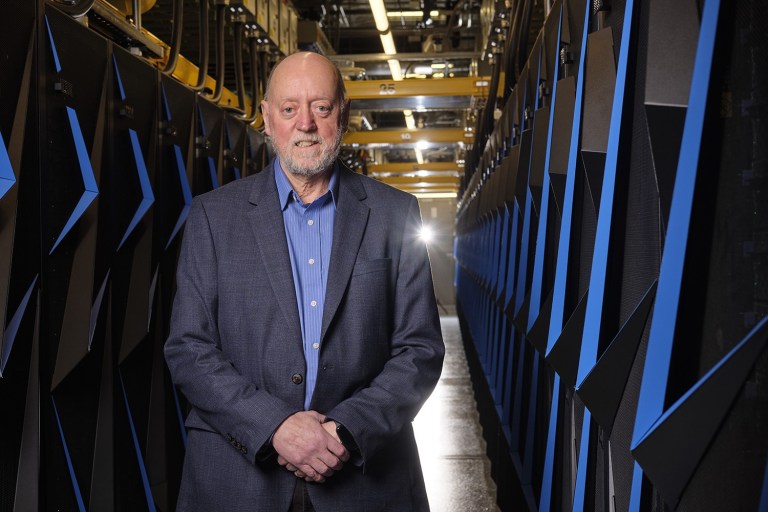 This honor is both humbling because of others who have been so recognized and gratifying for the acknowledgement of the research and work I have done. I’m deeply grateful for this recognition.”

Dongarra is perhaps best known for his work helping to compile the annual list of the world’s fastest, most powerful supercomputers.

That list, the TOP500, has been used as the global standard for more than 25 years, helping spread knowledge of Dongarra and his work along with it.

Dongarra has helped design more than a dozen well-known software systems, has authored more than 200 articles on computing, and has been awarded three different medals from the Institute of Electrical and Electronics Engineers (IEEE).

At UT, Dongarra also serves as the director of the Innovative Computing Laboratory (ICL), which he founded through his joint UT–Oak Ridge National Laboratory appointment in 1989. Since that time, ICL has grown to include more than 40 researchers, all working together to provide services related to supercomputing such as linear algebra and benchmarking.

In addition to his role at UT, Dongarra is an ORNL Distinguished Research Staff member, the Turing Fellow in the Computer Science and Mathematics Schools at the University of Manchester (England), and an adjunct professor in the Department of Computer Science at Rice University.

The Royal Society established the fellowship program to honor those who use science to help humanity.