The emergence of social media, widespread usage of portable smart devices, and ever-growing internet databases have collectively triggered an unprecedented surge in the rate of digital data creation. Any documents, photos, audio, and video files that we save in our everyday electronic gadgets are preserved in binary format within billions of minuscule memory cells, making the exploration of efficient and reliable data storage devices more crucial than ever. 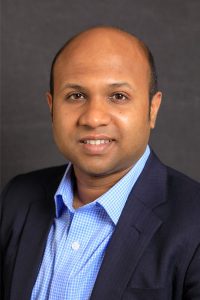 The team wanted to help provide better solutions, while also addressing the fact that electrical devices and computing continue to evolve, and energy and storage needs change along with them, including quantum computing systems whose computational modes are different, but whose memory needs remain, nonetheless.

In quantum computing, information is contained in what are known as quantum bits, or qubits, which operate at ultra-low temperatures near absolute zero. Thus, the memory cells used for such systems need to be kept at extremely low temperature as well. These specially designed memory devices are known as cryogenic memory, with a typical operating temperature of minus 452 degrees Fahrenheit.

Cryogenic memory devices are also required for space electronics and high-frequency superconducting processors, but existing technologies suffer from various challenges such as limited scalability, low speed, and high-power requirement. The lack of a scalable cryogenic memory is one of the major bottlenecks in the large-scale implementation of superconducting electronics and quantum computers.

“Considering the challenges of the existing cryogenic memory technologies, we felt the need to come up with a radically different design,” said Shamiul Alam, a doctoral student under Aziz and the lead author on its publication. “We utilized the interplay between ferromagnetism and topology in twisted bilayer graphene to design this cryogenic memory cell.”

This novel cryogenic memory design harnesses the Hall resistance levels—very simply, voltage differences with an electrical system—of the graphene to store non-volatile binary bits. Their work scales up from a device-level idea to an array architecture design, supported by system-level performance analysis.

“Our design relies on a simple yet elegant physical phenomenon that has been realized in different material platforms,” said Shafayat Hossain a Postdoctoral Research Associate at Princeton University who is co-author of the work. “If, in the future, we find a material system that hosts quantum anomalous Hall effect at higher temperatures, our design can be transformed to support the high-temperature application as well.”

The researchers expect this work to provide a pathway towards realizing topologically protected electronic devices and foster further research in this field.

Their findings were recently published in Scientific Reports.