Racing from field to study group, Abby Prosise arrived sweaty and grass-stained, but victorious. She and her co-ed team just won an intramural flag football championship.
“Absolutely nothing, not even homework, could ruin that night,” Prosise recalled. “It was even sweeter that I got to win with my brother, who was a grad student at the time.” 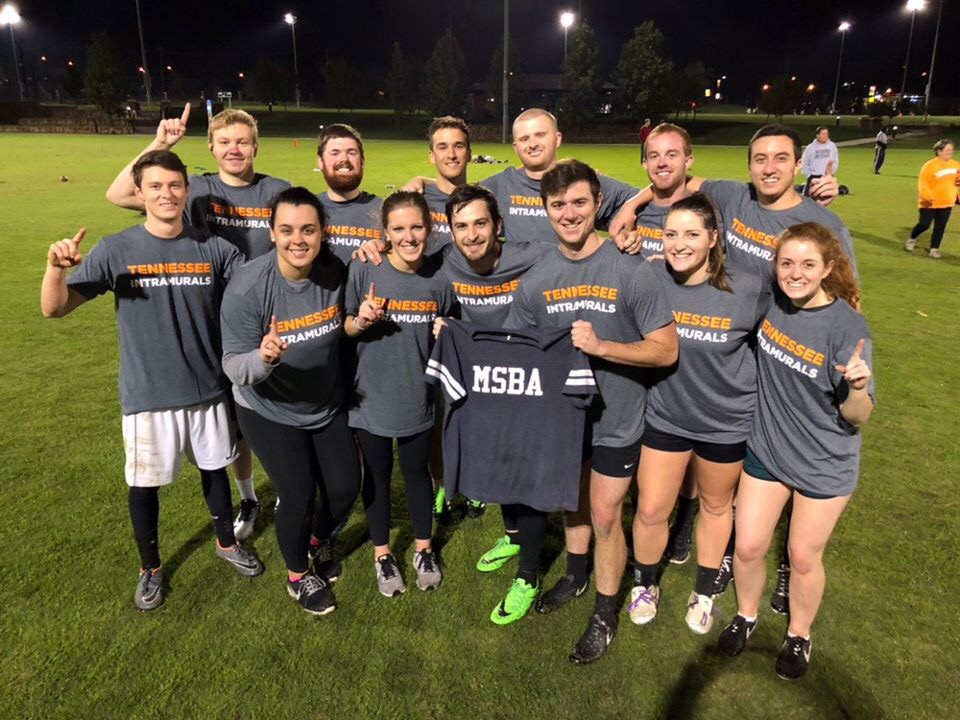 It’s memories like this that she hoped to relive post-graduation with friends and family in a crowded living room.

For Prosise and fellow UT seniors, that moment is on hold and the living room is empty.

“I know it’s the right thing to do, but it won’t feel like I’ve really graduated until I’ve walked,” Prosise said, discussing virtual commencement. “I lived in on-campus housing, so I had to move back home when the university closed due to COVID-19. I didn’t have the chance to say goodbye to many of my friends. I feel like managing problems is the best anyone can do right now.”

And Prosise believes the university is doing its best, given the circumstances.
“UT has put students first,” she said. “I heard some public universities were not communicating with their students for weeks at a time, so I am thankful for the transparency from leadership.”

Prosise also appreciated the pro-rated refund for campus housing, part of more than $30 million UT returned to students. She’s also received regular support from faculty.
“My professors have been extraordinary,” she said. “Within the first few days of going online, our senior design professor, Dave Icove, and his TAs laid out a clear plan for the rest of the semester. I can always rely on engineering to make sensible decisions.”

Following this week’s graduation, Prosise, a computer science major, counts herself fortunate to have a job at Garmin awaiting her.

“I love their work and their work culture,” she said. “They’re well-rounded and that’s no surprise with the variety of departments, including fitness. When my parents visited, my mom commented that the employees were the most ‘fit nerds’ she’d ever seen.”

For outstanding academic merit, Prosise has been a Min H. Kao Electrical and Computer Engineering Scholar for the past three years. This honor got her a roundtrip ticket to visit Garmin, Kao’s company.

“We toured headquarters and met Garmin-employed UT alumni, including Dr. Kao himself,” she remembered. “I still can’t believe it happened.”

The following Engineering Expo, Abby made sure to stop at the Garmin booth for an interview. She was shortly rewarded with a summer internship that led to an offer of full-time employment upon graduating.

“I’ll be returning to the Aviation Displays team as a software engineer,” Prosise explained. “Specifically, I’ll work on modifying and developing the Garmin Display Unit, the screen pilots refer to while in the air.”

A freshman class in coding set her on the path to Garmin and further solidified the foundation she would need to succeed.

“I fell in love with the logic of coding and chose to major in computer science,” Prosise said. “Computer science focused on hardcore, traditional coding and because of that I feel completely prepared to work with the aviation hardware at Garmin.”

Ready to stretch her wings, she also recognizes the priceless moments and friendships her degree made possible.

“Some of my favorite times were late nights studying in Min Kao with my classmates,” said Prosise. “It was stressful at the time, but looking back, those people helped me through the hardest classes and became my best friends. It’s an unbreakable bond.”

Naturally, she wanted to commemorate this unbreakable bond at graduation.

“I just want a picture with all of my friends who studied together,” Prosise said. “I want us to celebrate that all of those long nights and hard classes paid off.”

The photo will have to wait, as well as some post-graduation travel she had to cancel. In their place, she plans on learning to “cook more than a grilled cheese” and get in some reading.

“I’m hoping I will look back on this time with less sadness,” Prosise said. “It still feels like it hasn’t sunk in yet—graduation is here and I’m not walking, not getting to say goodbye to my friends or my four years at UT.”

An in-person commencement is expected to take place at a later date when it is safe to do so. In the final steps before that walk across the stage, Abby’s Volunteer community can help celebrate Prosise and our graduating seniors in a variety of ways: