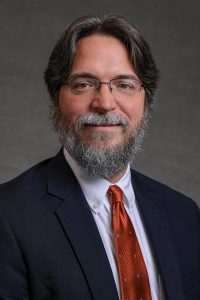 Lynne Parker, interim Dean of the Tickle College of Engineering, has announced that Professor Greg Peterson has agreed to serve as the interim head of the Min H. Kao Department of Electrical Engineering and Computer Science, effective August 1, 2018. Current Department Head and Min H. Kao Professor Leon Tolbert is returning to the department’s faculty at that time, having served as head since January 2013.

Peterson has been a key member of the department for almost 20 years and will be a familiar face to our faculty during this time of transition. I would like to thank Dr. Tolbert for his years of leadership and for all the growth and success he has overseen during his time as head of the department.

Peterson has served in a number of leadership roles, including as a US Air Force captain at the Wright-Patterson Air Force Research Laboratory, as deputy director of the UT-ORNL Joint Institute for Computational Sciences, and as director of UT’s National Institute for Computational Sciences. He earned his bachelors, masters, and doctoral degrees at Washington University in St. Louis, Missouri.

He is a senior member of the Institute for Electrical and Electronics Engineers, and a member of the Association for Computing Machinery, the American Society for Engineering Education, the Accellera/VHDL International Users’ Forum, and the Society for Computer Simulation.

Please join us in congratulating Greg Peterson on his new role.