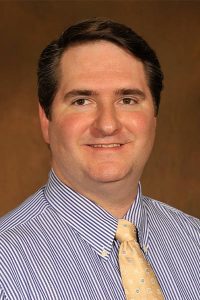 The award is for $1.5 million over 3 years, as requested, with $382,900 obligated at the start.  The Air Force Research Laboratory is the sponsor.

In recent years, the semiconductor industry has begun to experience a significant slowdown in the performance improvements gained from technology scaling. While this is due in part to the impending end of Moore’s Law scaling, power consumption has also become a critical limiting factor for the level of performance achievable.

RAVENS aims to be an energy-efficient neuromorphic architecture specifically tailored for control and other spatio-temporal applications commonly implemented with resource constrained computer systems.  The ultimate objective of this work is to develop approaches that lead to low-power, reconfigurable, high-efficiency brain-inspired computing hardware for embedded control applications, and other applications dealing with dynamic and spatio-temporal data streams.

The research proposed here aims to enable future generations of computing systems by (1) leveraging an emerging, power-efficient device technology (i.e. the memristor) and (2) considering an alternative architectural model (i.e. neuromorphic) that promises to overcome many of the performance limitations of conventional von Neumann systems.

“The term ‘memristor,’ meaning memory resistor, refers to an emerging nanoscale electronic device,” said Dr. Rose.  “A memristor provides functionality that is similar to what we see in biological synapses, meaning we can essentially train memristors and, with the right peripheral circuitry, these devices can basically learn. Our collaborators at SUNY Polytechnic Institute (Albany, NY) are able to fabricate full integrated circuits that include conventional CMOS transistors and memristors.

“We worked with SUNY Polytechnic to fabricate the first mrDANNA prototype and will work with them on RAVENS to again fabricate another nanoelectronic prototype for neuromorphic computing — this time a full system targeting IoT and embedded applications.

The RAVENS project builds on another AFRL project that they are currently wrapping up, mrDANNA.  That project has led to a neuromorphic test chip, including circuits for nanoelectronic neurons and synapses. They are currently testing the mrDANNA test chip with that project ending at the end of February.

The RAVENS project continues the mrDANNA work as they work toward the construction of a full neuromorphic (brain-inspired) computing system.