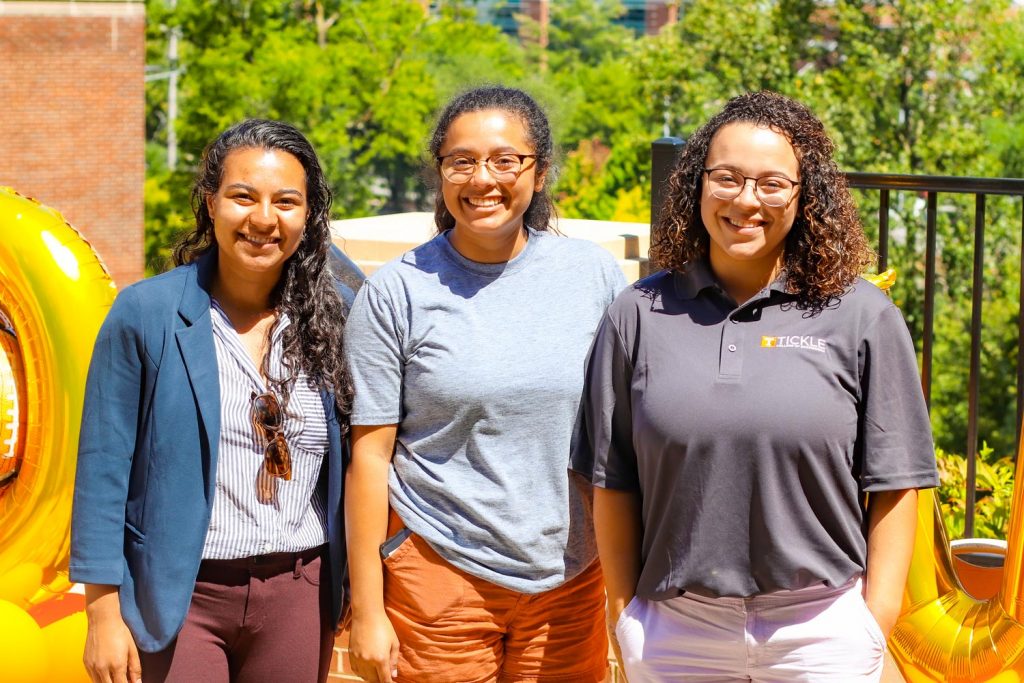 The Garcia sisters enjoy a unique support system as first-generation college students: they have each other.

Before eldest sister Frances completed her master’s degree this past December, the trio studied electrical engineering together at UT. Younger siblings Diane and Christine are still on campus, embodying the spirit of “familia,” the supportive community approach promoted by the Society of Hispanic Professional Engineers (SHPE), which all three have been involved with. Their close family connection enhanced their experience all the more.

“There were definitely advantages,” said Christine. “I knew how professors taught the classes because my sisters had taken the class before, and they also had notes and tips. They definitely helped me gear my study habits to be more successful.”

“The main advantage I saw was having backup,” agreed Frances. “If I was stressed, bored, had something exciting to share, or wanted a friend to go to the gym with I could just hang out with them.”

“It helps that we’re all three in electrical engineering, Hispanic, and female,” said Diane. “And we’re family, so everything is relatable. When I’m thinking something and laughing, Christine is probably thinking the same thing and laughing.”

The sisters’ strong relationship helped them engage socially, from playing intramural soccer together on campus, to participating in groups like SHPE, Systers: Women in EECS,

IEEE, and the Campus Entertainment Board. Earlier, they all enjoyed pre-college summer programs at UT.

“I always knew I wanted to do engineering, through programs like INSTEP,” said Diane.

The same summer that Diane did INSTEP, I did the MITES program. That was our first experience with UT engineering. Frances got to go to the Tennessee Governor’s Academy for math and science when she was a junior in high school.”

These introductions inspired them all to pursue engineering at UT, which has included a commute from their home in nearby Lenoir City.

“It helped all of us, because commuting is hard,” said Diane. “But since we were all in the same ballpark, we all went home to the same home every night, we would make sure we were all on track. Now we don’t carpool, because our schedules are a lot more different.”

Frances blazed the trail as the first to graduate and now works as a microelectronics engineer at NSWC Crane with the Navy and Department of Defense in Indiana. 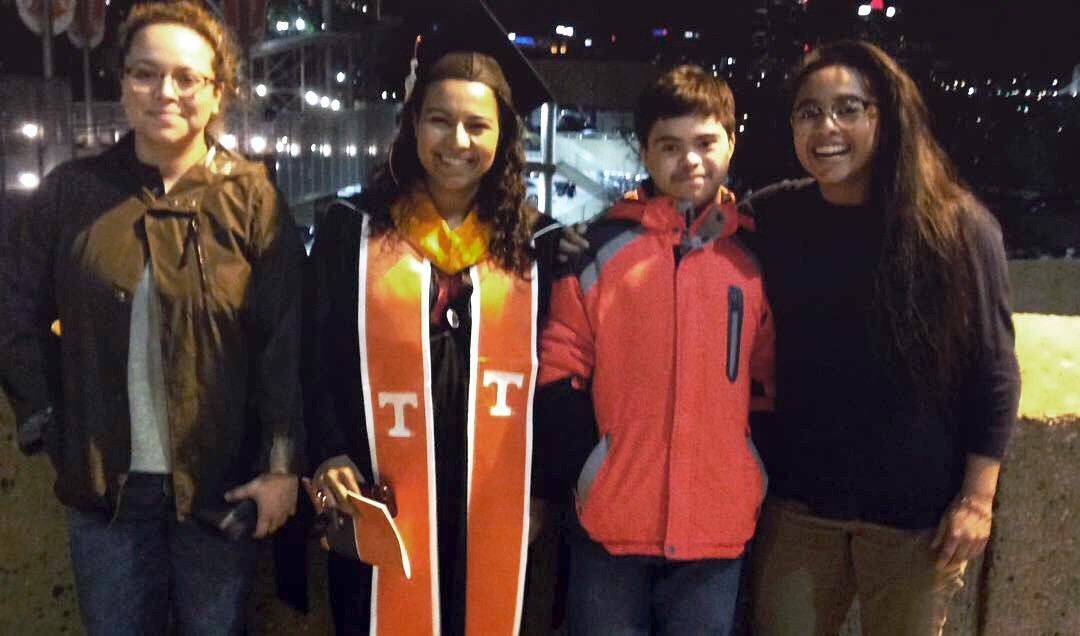 “To some degree I felt a sense of leadership and responsibility to guide my sisters into making advantageous academic choices,” she said. “I would try to help out with homework questions they might have or studying for exams whenever I could.”

“She definitely set the groundwork for us in understanding what’s expected to be successful,” said Christine. “It was hard transitioning from high school to college, but she definitely helped that transition go smoother since she experienced it before we did.”

Diane and Christine both work at Einstein Bros. Bagels, offering them a good third space to commune over electrical engineering. They use Facetime to talk daily with far-off Frances. Both are already planning their summer.

“I’m going to do an internship this summer with US Cellular,” said Christine. “I’ve done undergraduate research on power systems, so this will expand the umbrella of what I’ve done, because that’s more telecommunications.”

“I’m looking, for this coming year, to get a co-op,” said Diane, who is working through the office of Engineering Professional Practice for that. “I am interested in the automotive industry.”

Through studies, soccer, or careers, the Garcias’ family bond and Volunteer Spirit should continue to serve them along whatever paths they decide.