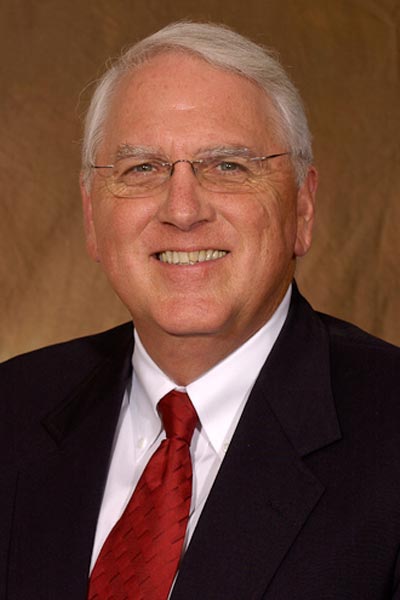 Ward’s career started at the NASA Langley Research Center in Hampton, Virginia, where he spent 8 years as a computational mathematician developing software for eigensystem analyses, applying tools for time series analyses, and consulting on mathematical and programming problems. He then moved back to Tennessee and worked over 20 years for the Oak Ridge National Laboratory as a researcher and manager.

As a manager, Ward managed an aggressive research program at ORNL to develop basic algorithms for parallel computers characterizing their performance and transferring this knowledge to computational scientists at ORNL and affiliated universities. He led computer-related research activities at ORNL from a budget of $700K in FY82 to over $15M in FY94. He held numerous management positions including Director of the Engineering Physics and Mathematics Division and Acting Director of the Center for Computational Sciences.

In 1995, Ward left ORNL to become Professor and Head of the Min H. Kao Department of Computer Science at UT. During his 8 years as department head, the department became one of the most productive departments on campus with its position of first per faculty capital among science departments in number of BS. and MS. graduates and in sponsored research funding. Among his research accomplishments was the co-development of the Block Divide-and-Conquer algorithm for computing eigensystems of large matrices.

His major professional activities include Chair of numerous international meetings and organizations such as a SIAM National Meeting and the SIAM Activity Group on Linear Algebra and serving on conference committees such as the Program Committee and Tutorials Committee for the Supercomputing ‘XY series of conferences. He has been elected as Fellow of the American Association for the Advancement of Science, elected to Kappa Mu Epsilon and Tau Beta Pi Honor Societies, and selected to the All-Ohio Valley Conference Academic Basketball Team while at TTU.