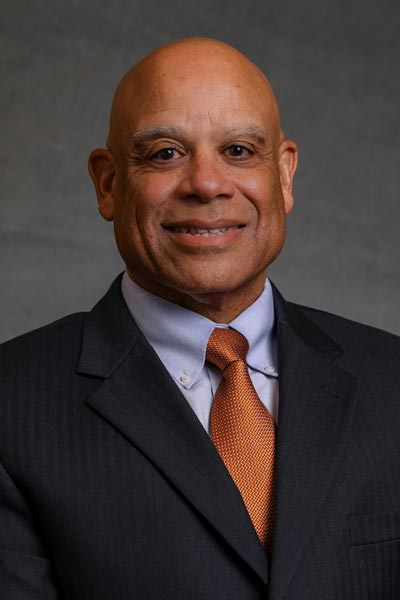 Prior to joining UT, Dean was Chief Technology Officer of the Middle East and Africa for IBM and an IBM Fellow. In this role, he was responsible for technical strategy, technical skills development and exploring new technology based solutions for the region. These responsibilities include the development of solutions specific for the emerging needs of the businesses and cultures in industry segments such as mobile services (banking, healthcare, education, government), natural resource management (oil, gas, mining, forest, water), cloud based business services, and security (fraud protection, risk management, privacy, cybersecurity).

Dean was also vice president World Wide Strategy and Operations for IBM Research. In this role, he was responsible for setting the direction of IBM’s overall Research Strategy across eight worldwide labs and leading the global operations and information systems teams. These responsibilities include management of the division’s business model, research strategy, hiring, university relations, internal/external recognition, personnel development, innovation initiatives and the division’s operations.

During his career, Dean has developed all types of computer systems, from embedded systems to supercomputers, including testing of the first gigahertz CMOS microprocessor, and establishing the team that developed the Blue Gene supercomputer. He was also chief engineer for the development of the IBM PC/AT, ISA systems bus, PS/2 Model 70 & 80, the Color Graphics Adapter in the original IBM PC, and holds three of the nine patents for the original IBM PC. One invention — the Industry Standard Architecture (ISA) “bus,” which permitted add-on devices like the keyboard, disk drives and printers to be connected to the motherboard — would earn election to the National Inventors Hall of Fame for Dean and colleague Dennis Moeller.