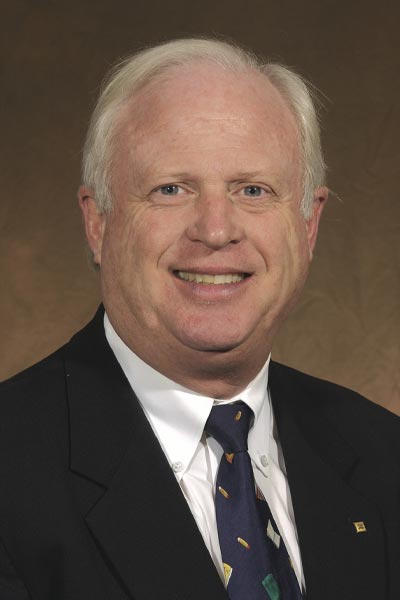 Donald Bouldin served two years as Chairman of the Technical Committee on VLSI for the IEEE Computer Society. He received the TAB Pioneer Award from the IEEE for his participation in CompuSat-88, a tutorial videoconference that was broadcast to over 6000 engineers in North America. He has received other awards over the years for outstanding teaching at the university and meritorious service to the IEEE. In addition to teaching VLSI systems design classes at the University of Tennessee, he has served as an instructor for eight faculty enhancement short courses on VLSI and FPGAs sponsored by the National Science Foundation (NSF). These have been held at the University of Tennessee, the Massachusetts Microelectronics Center, Boston University and the California State University, Sacramento. He has also taught short courses on VLSI design at five IEEE Nuclear Science Symposia and has organized a summer VLSI course for the Instituto Tecnologico y de Estudios Superiores in Monterrey, Mexico. He has also presented several tutorials and seminars in Argentina, Belgium, Brazil, Canada, France, Germany, Hong Kong, India, Japan, Mexico, Netherlands, Norway, Thailand, South Korea, Switzerland, the United Kingdom and the United Arab Emirates.

He was instrumental in gaining IEEE approval for the IEEE Transactions on VLSI Systems and served as its Editor-in-Chief during 1995-1996. He has chaired the Steering Committee for that publication.

For almost twenty years, Bouldin served as special Section Editor of the “VLSI Designer’s Interface” column for IEEE Circuits & Devices Magazine and is Editor of the Microelectronic Systems Newsletter that is broadcast via electronic mail on a monthly basis to over 3000 VLSI designers. He was the Technical Program Chairman for the 1996 International Symposium on Circuits and Systems and managed the review of 1400 papers.

Bouldin has authored over 250 publications and been the Principal Investigator for over nine million dollars of sponsored research, primarily with DARPA, ONR, NSF and the Oak Ridge National Laboratory. In 1997, Bouldin received the University of Tennessee Chancellor’s Award for Research and Creative Achievement. Also in 1997, Bouldin was recognized as a Fellow of the IEEE for contributions to the design of special-purpose architectures using VLSI processors. In 2003 he received the Allen and Hoshall Award from the College of Engineering at the University of Tennessee for excellence in teaching and research and was also recognized as a 2003 Engineering Research Fellow. In 2006 he received the Charles E. Ferris Award sponsored by the Technical Society of Knoxville. He has served as the major advisor for 14 Ph.D. and 98 M.S. students.

Bouldin retired in 2011 after 36 years with the University of Tennessee and is now a consultant with the Oak Ridge National Laboratory.