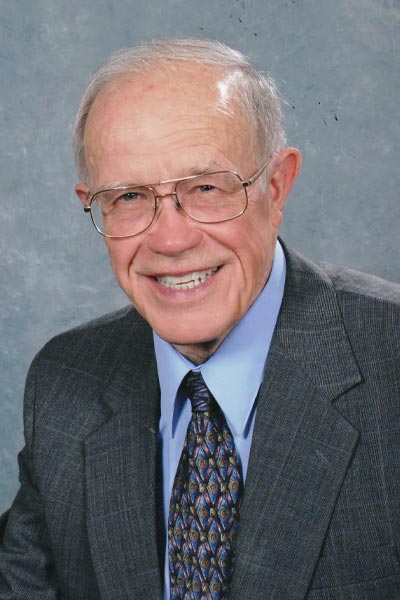 Robert Bodenheimer is an emeritus professor at the University of Tennessee, having served actively for nearly 40 years in the Department of Electrical Engineering. He received both his BS and MS in Electrical Engineering from tUT, and his PhD from Northwestern University. He initially joined the faculty at the University of Tennessee, Knoxville, in 1957, took a leave to obtain his PhD in 1961, and returned full-time in 1964. While at Northwestern, he served on that faculty for 2 years.

Although he did his doctoral work in control systems, Bodenheimer’s areas of interest at UT were in digital systems and digital systems hardware. In 1959, he taught the first digital computer programming course at the University, using an LGP-30, an early 31 bit word computer with a 4096 word drum memory. A passionate educator, he developed the digital systems initiative in electrical engineering at both the graduate and undergraduate levels, concentrating on using Boolean algebra in design, digital-analog conversion, and analog-digital conversion. Later concentration was on microprogram control, microprocessor design, and using both in instrumentation and control applications.

Bodenheimer has received numerous teaching awards over his career, including the 1985 IEEE Region 3 Outstanding Educator Award, the 1990-91 L. R. Hesler Award for Excellence in Teaching and Service, and the 1992-93 Hoechst Celenase Corp. Teaching and Research Award. The capstone honor of his educational efforts was the endowment of the Robert E. Bodenheimer Graduate Fellowship by a former student.

Bodenheimer currently resides in South Knoxville on a “gentleman’s farm” with his wife Sally.