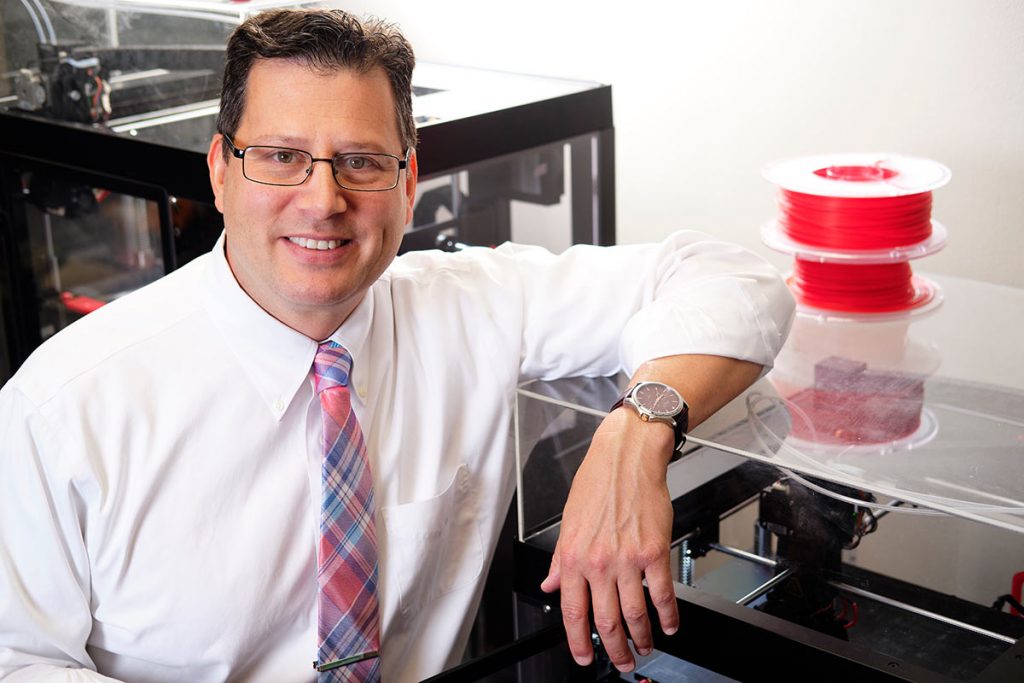 Matthew Mench has been selected to serve as the next dean and Wayne T. Davis Dean’s Chair of the Tickle College of Engineering at the University of Tennessee, Knoxville. He begins July 1.

Mench, a Chancellor’s Professor, the Condra Chair of Excellence, and a professor of mechanical engineering in the Department of Mechanical, Aerospace, and Biomedical Engineering, has served as interim dean since February. Mench joined UT in 2010 after serving as an associate professor of mechanical engineering at Pennsylvania State University. He became department head of MABE in August 2013 and has served in that role ever since. In 2019, Mench stepped up to serve as interim vice chancellor for research for about a year before returning to MABE.

As dean, he will oversee a rapidly growing college that in little more than a decade has doubled in key areas of overall enrollment, doctoral enrollment, graduation, faculty endowments, and research, and now has several departments ranked in or near the top 30 among public programs of engineering.

“This college, community, and state we serve is a very special place, and I am honored to represent and lead such a tremendous group of faculty, staff and students,” said Mench.

Provost and Senior Vice Chancellor John Zomchick said Mench brings a distinguished record as a researcher and outstanding success as a department head to his new role.

“Matthew has deep and broad institutional knowledge, a demonstrated commitment to continuing the work of diversity and inclusion in the college, and emphatic support from all of the college’s stakeholders,” he said. “I look forward to working with him and his colleagues to educate future engineers, meet grand challenges in research, and build the workforce of the future.”

Since 2012, the college has celebrated the opening of the Min H. Kao Electrical Engineering and Computer Science Building and the John D. Tickle Engineering Building. The soon-to-be-completed 228,000-square-foot Zeanah Engineering Complex will open for classes in August.

Alumni, donors, the State of Tennessee, and corporate partners have been overwhelming in their support, resulting in the naming of the college, the Min H. Kao Department of Electrical Engineering and Computer Science, and other spaces as well as several professorships and four professorships of practice. Improvements and refurbishments have been made to existing student, laboratory, and class spaces, and the college’s successful $200 million fundraising campaign exceeded its initial goal of $150 million.

The college has a number of key corporate and government partnerships, including a strong relationship with Oak Ridge National Laboratory. That collaboration has been responsible for launching doctoral programs in energy science and big data through the Bredesen Center for Interdisciplinary Research and Graduate Education, IACMI—The Composites Institute, the UT-ORNL Governor’s Chairs program—with 11 of the 13 current Governor’s Chairs serving in the college—and the newly established UT–Oak Ridge Innovation Institute.

Mench received his bachelor’s, master’s, and doctoral degrees in mechanical engineering from Penn State in 1994, 1996, and 2000, respectively. His research interests include electrochemical power storage and conversion systems such as fuel cells, electrolyzers, and batteries. He is a fellow of the American Society of Mechanical Engineers. He previously served as an associate editor for the International Journal of Hydrogen Energy and the ASME Journal of Electrochemical Energy Conversion and Storage. In 2020, he was honored by the university as a Chancellor’s Professor.