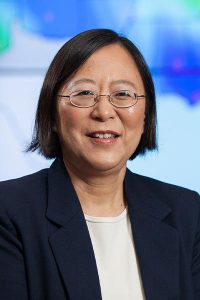 A team led by UT-Oak Ridge National Laboratory (ORNL) Governor’s Chair for Power Grids Yilu Liu was selected as a winner at the R&D 100 awards for 2021.

The team, which includes UT Research Assistant Professor Lin Zhu and collaborators at ORNL and the Electric Power Research Institute, were recognized for their work on a project called “GridDamper.”

GridDamper’s goal is to develop better control of the oscillations within transmission and distribution of electricity, which can greatly alter its performance and delivery.

Such technology holds obvious importance to the Center for Ultra-Wide-Area Resilient Electric Energy Transmission Networks (CURENT), a multi-university, multi-partner center housed at UT that is focused on the security, maintenance, and reliability of the power grid. Liu serves as CURENT’s deputy director. 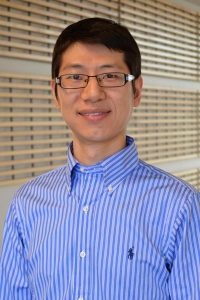 “Oscillation can have major implications on the power grid, so better understanding how it occurs and developing ways to control it is of great benefit when talking about grid stability,” said Liu. “This recognition is a welcome validation of our work, and a sign of the importance of the research we are doing.”

It is the second win in four years for a research team including Liu after a selection for a UT-ORNL team in 2018 for technology that monitors the grid known as the Mobile Universal Grid Analyzer (m-UGA), and the third in four years to involve faculty from CURENT, following a win for developing the Large-scale Test Bed that mimics the grid of the future, by CURENT Director Kevin Tomsovic and Campus Director Fran Li.

Liu, Zhu, Tomsovic, and Li all also serve in the Min H. Kao Department of Electrical Engineering and Computer Science at UT.

The awards are among highest accolades in technology and engineering, with the same cliché about it being “an honor just to be nominated” holding true, like it does for major entertainment awards like the Oscars or Golden Globes. Nominees come from 17 different countries or regions around the world, with a round of finalists selected about a month before winners are revealed.