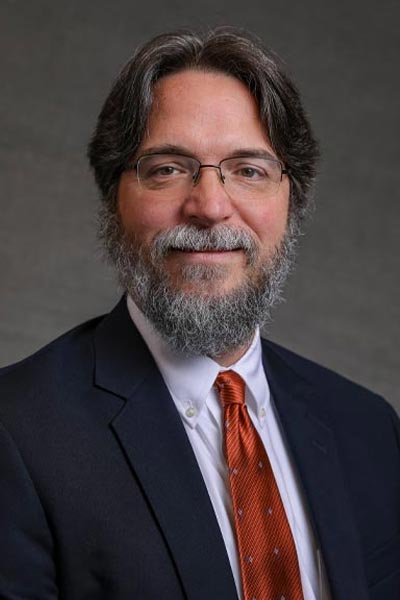 Professor Greg Peterson has been selected to take over as department head of the Min H. Kao Department of Electrical Engineering and Computer Science, where he has served as interim department head since August 1.

“We’re pleased to be able to remove the interim label from Dr. Peterson’s title,” said Tickle College of Engineering Interim Dean Mark Dean. “He is someone very familiar to the people of the department, having been a faculty member for nearly 20 years, and will provide a smooth transition.”

He began serving as interim department head when Min H. Kao Professor Leon Tolbert returned to the department’s faculty after having served as head since January 2013.

“I’m very honored to have been chosen to be the leader of the department where I’ve worked for the last two decades,” said Peterson. “I look forward to continuing the momentum our department has built and help facilitate the key research we have.”

He is a senior member of the Institute for Electrical and Electronics Engineers, and a member of the Association for Computing Machinery, the American Society for Engineering Education, the Accellera/VHDL International Users’ Forum, and the Society for Computer Simulation.