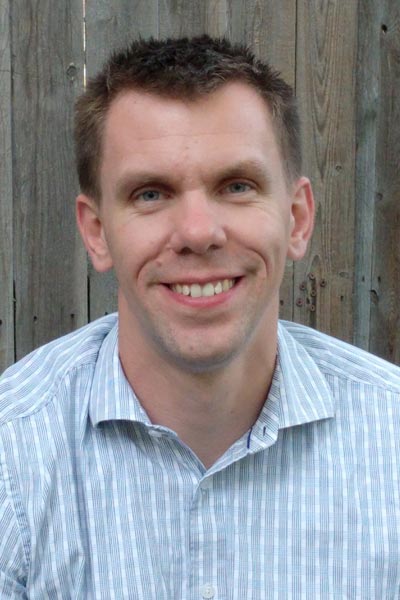 Max Schuchard is originally from South Dakota, and he earned his BS in computer science at the University of Minnesota in 2007.  After receiving his bachelor’s, he worked for two years with EPIC Systems, an electronic medical records company in Madison, Wisconsin doing research and development.  He subsequently returned to the University of Minnesota for his PhD, again in computer science, completing it in June 2016.  While he was a PhD student he worked with a small defense contracting firm in Minneapolis-St. Paul called Smart Information Flow Technologies (SIFT).  He says the coolest thing he did there was participate in DARPA’s Cyber Grand Challenge, which was a competition to build software which would autonomously find vulnerabilities in other pieces of software, demonstrate the vulnerability, and then generate a patch for it, all without human intervention.  He has now come to UT as an assistant professor.

Schuchard researches computer security and privacy.  His research covers many specific areas, but in general it looks at both how adversaries can disrupt a broad range of computer systems tasked with delivering your data and what privacy concerns there are when adversaries play games with those systems in order to learn more about the people using them.

His thesis centered around the security of the Internet’s routing infrastructure- the computers that glue together the Internet, helping your data get from you to its destination.  Specifically, it looked at how an adversary who wanted to disrupt large portions of the Internet could attack routers which speak the Boarder Gateway Protocol (BGP) to each other.

Schuchard also asks similar questions about censorship circumvention systems.  These are systems that help individuals, living in nations where authorities restrict what content can be accessed, achieve free and unfettered access to the Internet.  His research approaches these systems from the perspective of a censoring entity, looking for ways that the systems can be disrupted, or worse yet, their uses unmasked and identified.  The goal is to find such flaws in the systems before repressive nation-states do and fix them, resulting in more robust systems and a higher degree of safety for their users.

Lastly, Schuchard researches crypto-currencies such as Bitcoin, Etherium, and ZCash.  He is mostly interested in the privacy implications of such systems, but he also works to try to understand how the exchange markets of these systems behave, or don’t behave, in many instances.