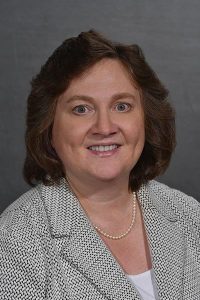 Lynne Parker, a professor in the Min H. Kao Department of Electrical Engineering and Computer Science and Division Director for Information and Intelligent Systems at the National Science Foundation (NSF), led an interagency task force on artificial intelligence (AI) that produced the “National Artificial Intelligence Research and Development Strategic Plan,” released October 12 by the White House. This Strategic Plan is part of the broader White House efforts to ready the United States for a future in which AI plays a growing role.

Parker, at the direction of the White House Office of Science and Technology Policy, attended the White House Frontiers Conference in Pittsburgh on October 13, where this Strategic Plan was further announced and highlighted.