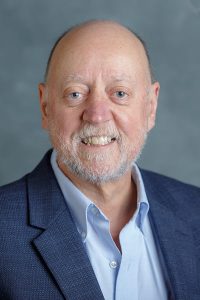 Jack Dongarra has been selected to receive the 2019 SIAM/ACM Prize in Computational Science and Engineering.

This award is presented every two years by SIAM and the Association for Computing Machinery in the area of computational science in recognition of outstanding contributions to the development and use of mathematical and computational tools and methods for the solution of science and engineering problems.

More information about the SIAM/ACM Prize

The award will be presented at the SIAM Conference on Computational Science and Engineering (CSE19) in Spokane, WA February 25-March 1, 2019.

Jack Dongarra runs a research group called the Innovative Computing Laboratory (ICL). He is part of the Electrical Engineering and Computer Science Department at the University of Tennessee, is a Distinguished Research Staff at Oak Ridge National Laboratory, Computer Science and Mathematics Division and is engaged in research in various areas of high-performance computing.

ICL has grown into an internationally recognized research laboratory, specializing in Numerical Linear Algebra, Distributed Computing, and Performance Evaluation and Benchmarking. The lab now employs forty-five researchers, students, and staff, and has earned many accolades, including four R&D100 awards.

Jack Dongarra specializes in numerical algorithms in linear algebra, parallel computing, the use of advanced-computer architectures, programming methodology, and tools for parallel computers. His research includes the development, testing and documentation of high quality mathematical software. He has contributed to the design and implementation of the following open source software packages and systems: EISPACK, LINPACK, the BLAS, LAPACK, ScaLAPACK, Netlib, PVM, MPI, NetSolve, Linpack Benchmark, Top500, ATLAS, and PAPI.

He was awarded the IEEE Sid Fernbach Award in 2004 for his contributions in the application of high performance computers using innovative approaches; in 2008 he was the recipient of the first IEEE Medal of Excellence in Scalable Computing; in 2010 he was the first recipient of the SIAM Special Interest Group on Supercomputing’s award for Career Achievement; in 2011 he was the recipient of the IEEE Charles Babbage Award; and in 2013 he was the received of the ACM/IEEE Ken Kennedy Award for his leadership in designing and promoting standards for mathematical software used to solve numerical problems common to high performance computing. He is a Fellow of the AAAS, ACM, IEEE, and SIAM and a foreign member of the Russian Academy of Sciences and a member of the US National Academy of Engineering.