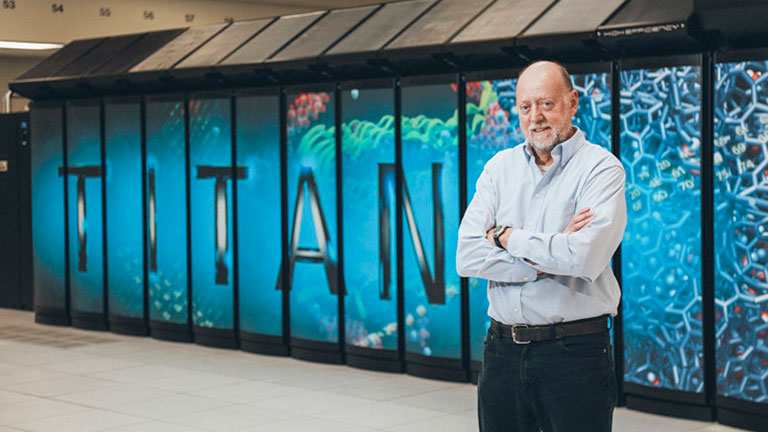 Jack Dongarra has built his career becoming one of the foremost authorities in high-performance computing.

In recognition of his work, the Society for Industrial and Applied Mathematics (SIAM) and the Association for Computing Machinery (ACM) have awarded him the SIAM/ACM Prize in Computational Science and Engineering, one of the top honors in his field.

The award cites Dongarra’s key role in the development of software and software standards, software repositories, performance and benchmarking software, and in community efforts to prepare for the challenges of exascale computing, especially in adapting linear algebra infrastructure to emerging architectures.

“This is a validation of the research and efforts that I and my coworkers have made over the last few decades,” said Dongarra. “Supercomputing and exascale computing play important roles in everything from energy to health to national security, so our work is and will continue to be of vital importance.”

A distinguished professor at UT and distinguished research member in ORNL’s Computational and Applied Mathematics Group, Dongarra is perhaps best known as the person who monitors computing performance around the world, releasing the list of the world’s fastest machines.

He also has developed algorithms, models, and computing libraries that are used by industry leaders such as Intel, IBM, Nvidia, Cray, and Hitachi, among others, and has played a key role on the evolution of supercomputing in the US since the 1970s.

As director of the joint UT‘s Innovative Computing Laboratory, he has helped transform it into an internationally-recognized source of expertise on a variety of computing topics—winning four R&D 100 awards along the way—while growing it to include 45 employees in a mix of faculty, researchers, and students.

“Jack is a leading figure in one of our core areas of expertise,” said Tickle College of Engineering Interim Dean Mark Dean. “This award is a reflection of both the quality of his work and the respect he has earned from his peers.”

The accolade is the latest in a series of honors for Dongarra, including being elected to both the National Academy of Engineering and the Russian Academy of Sciences, being named a fellow of SIAM, ACM, the American Association for the Advancement of Science, and the Institute of Electrical and Electronics Engineers, from whom he also received the first Medal of Excellence in Scalable Computing.

The award will be presented at the SIAM Conference on Computational Science and Engineering in Spokane, Washington, on February 25.